This is supposed to be my favorite time of year . . .

June usually signifies the end of the school year (in the USA), the start of summer, bbqs, pools, and the beach.  More importantly (to me at least), my birthday is sometime this month, and I LOVE celebrating my birthday.  But I have to say, this month is off to a crappy start . . . two massive deadlines at work that are causing me to work ridiculous hours, a migraine that is so bad I cannot see out of my left eye, and then there have been the teasers for the new season of True Blood. 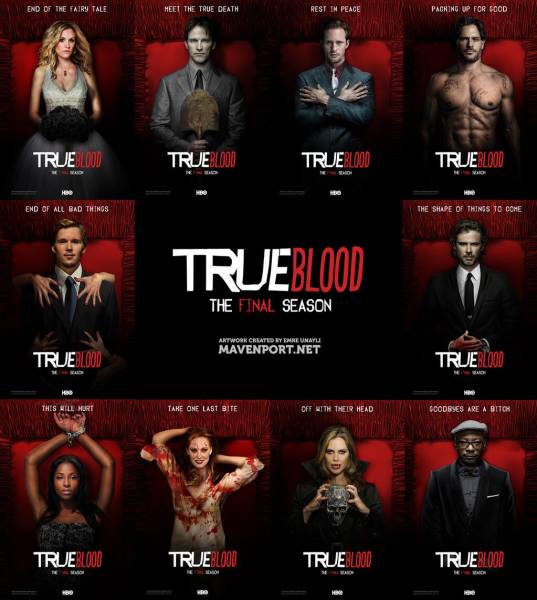 Is it so wrong that I would like to see ONE TV show I watch have a good ending that gives fans the resolution they want?  The show was called How I Met Your Mother, not how I banged and finally landed your Aunt Robin.  Dexter . . . we won’t even discuss how much I hated that ending.  Breaking Bad had a logical ending, but I can’t really say it was satisfying.  And now True Blood . . . no images of Eric in the two previews I’ve seen . . . a TV Guide article that says we’re getting back to the Sookie/Bill premise and there is a hot dream scene between Jason and Eric . . . filming of the show is still ongoing and last report was that Alex was on his way to London.    Seriously, I think I’m giving up on TV after this show is over; I spend all this time getting invested in these shows just to have them fuck me over.  TV is supposed to be about entertainment and enjoyment, what the fuck am I going to enjoy about seeing Sookie and Bill live happily ever after?!?!?!?!

Sorry about that; I needed to meditate to focus myself on the point of this post.

First, on behalf of the The Authority, thank you to everyone that voted in the You Want Blood Awards; they were a smashing success. I am very humbled that y’all thought enough of me to give me an award.

For a complete list of winners, check out the link below.

Second, it’s Sunday which means a story update.  This Sunday is a 2-for-1 special:

And maybe if the migraine goes away, you might get a third update later today.  But I’m thinking that is a HUGE if at the moment.

Thanks as always to my wonderful betas kleannhouse and magsmacdonald.

The Choices We Make – Chapter 2

Hanging in the Balance – Chapter 1

What can I say? My little shipper heart hated how SVM and TB treated Eric, so I have made it my mission to create worlds where the Viking always gets the girl. :-)
View all posts by mj1028 →
This entry was posted in Hanging in the Balance, Season 7, The Choices We Make, You Want Blood and tagged A Different Life, ADL, Blood, choices, consequences, eric, fanfic, fanfic awards, fanfiction writer, godric, hanging in the balance, mags, never be, new story, season 7, sookie, SVM, TB, TB/SVM, The Choices We Make, True Blood, You Want Blood. Bookmark the permalink.

10 Responses to This is supposed to be my favorite time of year . . .